The Psychology Of Smoking and Why!

The real reason you smoke is often unknown but you'll have a good excuse!

Hypnotherapy is one of the most effective ways to stop smoking because of the unique way it communicates with your brain, which is where the instructions to smoke are stored. .  .  .  change the brain, change the behaviour! 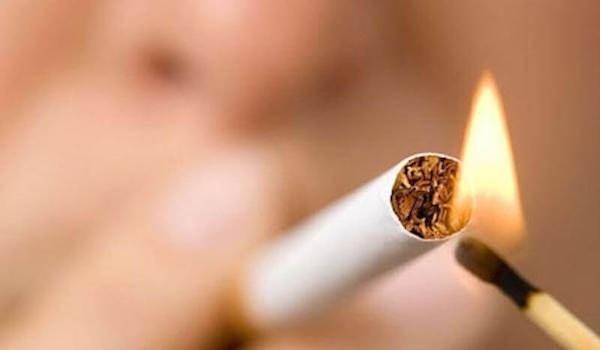 I know smoking is bad for me, yet I can’t seem to quit; why?

Understanding some of the psychological reasons behind why you smoke, somehow makes it easier to quit. Most often people make subconscious decisions to smoke and this often happens when they are somewhere between 5 and 10 years old. The reasons for this are purely psychological and not within the realm of conscious thought. This is because they are driven by powers such as observation and probably involve mirror neurons. These are special neurons in key brain areas that aid learning through observing other's behaviour.

A typical example would be to observe someone you love, say your father or mother. Because they smoke, you observe behaviours by them that appear to make smoking an attractive characteristic. If people genuinely like them, you subconsciously link being liked with smoking. It works in the opposite example, i.e. negatively too. You observe a parent or a friend being stressed or abused, be it verbally or physically, and they light up a cigarette. The link then becomes one of survival itself. That is, if I am abused, a cigarette will help me to cope etc.

There are so many reasons why we end up becoming a smoker. For example, loneliness or not having many friends. You observe people giving cigarettes to their friends; the conscious logic (subconscious illogic), cigarettes can help to create friends! This then becomes an ideal builder of social networks or physical bonding. It creates mental awarenesses of key social attributes, e.g. acceptance, approval and love. If this bonding occurs within a loving relationship the link to cigarettes can become even stronger.

Another reason can be trauma-based, you are involved in an accident or incident, e.g. 9/11. You are offered a cigarette maybe even ask for one? If your brain perceives some form of physical or emotional release, a link to smoking can be created. Despite the fact that there is nothing in cigarettes that helps people relax, they can feel relaxed after one! Fact, if you feel relaxed after a cigarette, any evidence to the contrary, scientific or otherwise, can be discounted.

Some reasons people start to smoke are:

Despite the fact there's more information and evidence about the ills of smoking, people continue to take up the habit. Governments appear to be anti-smoking, at one level, yet they make millions in taxes. For sure they pay some of that back in healthcare costs. However, in many countries healthcare is paid for by some form of insurance. As a consequence, smokers pay higher premiums!

To make a bad situation worse, tobacco manufacturers have boosted the nicotine content in some tobacco products. They have also created devious ways to increase the number of draws on each cigarette. Researchers found the amount of nicotine consumed, per cigarette, rose by approx of 1.6 per cent per year between 1998 and 2005. This was across most cigarette market categories (mentholated, non-mentholated, full-strength, light, ultra-light, etc.). This represents an increase of approx. 11 per cent of nicotine content per cigarette over a seven-year period. These higher levels of nicotine and devious methods, make it harder for you to quit! Nevertheless, it is still doable!

Classical conditioning (Pavlov's dogs) creates links between behaviour and external triggers. Dr Ivan Pavlov trained his dogs to salivate by ringing a bell to align with the dog's feeding time. So, habitually the first thing you do in the morning is to light up. As such, the process of waking stimulates the conditioned response to smoking. Or, after or during a cup of coffee, you have a cigarette. The coffee (caffeine) creates the desire or need to smoke; the same goes for a beer or wine etc. Seeing friends smoking, watching movies where the actors smoke, or even the smell of cigarette smoke may trigger the psychological desire to smoke.

Some more reasons people smoke are:

The apparent, perhaps undeniable truth is; no matter what you think about smoking or any perceptual value you get from it, it's simply an illusion. The only people who really benefit from you smoking; are the cigarette Companies, retailers and Governments. Psychologically you have been conditioned and primed to smoke. That just means you've been duped but are somewhat a willing participant in your own dis-enrichment!

YOU HAVE BEEN WARNED AND WARNED, TAKE ACTION NOW- BEFORE IT’S TOO LATE!